The World Festival of Puppet Theatres will take place in Charleville-Mezieres, France from 17 to 26 September. See some of the performances in the festival program below:

About the show: It is an interactive installation and becomes the prologue to the playful show. The dreamlike world filled with images and sounds, and defies the laws of balance by inventing atypical stage objects, has always seduced children, who are demanding and spontaneous spectators. The artists wanted to address a tale that takes shape in a minimalist scenography where they are invited to sit on cushions, at the foot of the trees, to better immerse themselves in their sensations.

About the show: This show intends to take the audience on a sensory journey made of traces, memories, and retinal persistence, using poly- morphic puppets representing the different psychological states of the characters. Are you ready to experience life as perceived from inside the body of a pregnant woman?

About the show: In One Thousand and One Nights Sheherazade delays each night the time of her death by telling stories. In «Drunkenness of the Deepness she repeats in order not to forget and speaks poetically about the choice of exile. The puppeteer, actor, and director Sayeh Sirvani creates a musical and visual space with Iranian influences.

1H20 - From 15 years old - French and English
Hand-held puppets, girdle
Stage direction, set design and interpretation: Jean Sclavis
Actress: Claire Harrison
Puppets: Emilie Valantin with the Cie’s workshop, assistant Lisa Marchand-Fallot
Musical composition: Rémy Deck
Lighting and stage management: Gilles Richard
About the show: What if Hamlet was really a woman? Here, the tragic hero wishing to avenge his father's death is portrayed by an actress, while the 12 other puppets are handled by the artistic director of the company...who figuratively manipulates Hamlet too, thus showing a new light on the classic story.

About the show: Jojo is the first orang-utan to be released from captivity in the wild; he is still alive and has become the symbol of the international project Animal Rescue. This strong ecological and poetic show tells his real story, using live music, live sand drawings projected on a giant screen, and XL puppets. 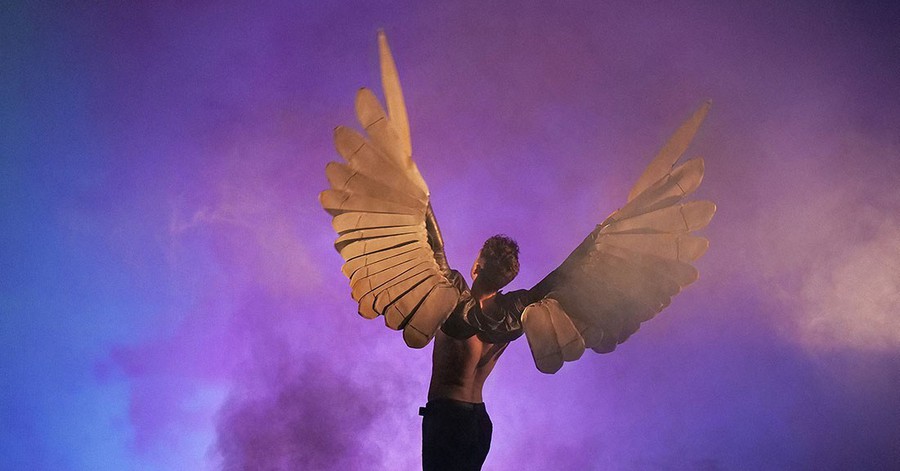 About the show: Totem is a diptych, which opens up the artists’ bodies, rummages in their heads, to try and understand what inspiration really is. The 1st part, Sauroctone, is a hybrid form featuring puppets, movement, and animated images. This performance is conceived as a visual poem, which questions the artists’ creative strength and metamorphosis. The 2nd part, Orphée, is a duet between a puppeteer and a musician, revisiting the Myth of Orpheus.

About the show: Based on Jewish and proud, a book by historian Tina de Gendt, this funny yet moving show for a puppeteer and a Klezmer accordionist tells about a Jewish family of great bakers in the city of Ghent. When Nazis come to power, some escape but some remain, including the German-born owner of the shop.

About the show: Based on Gogol’s short story Diary of a madman and the mental issues he suffered all his life, this show for an actress and a puppet focuses on the thin line between sanity and madness. Poprichtchine madly loves Sophie, his boss’s daughter; but he is a nobody. Unless he is really the King of Spain?