Interview with Livija Kroflin: “There are still those of us who believe in the power of the puppet!”

On the eve of the 54th International Puppet Theatre Festival PIF, we spoke with the long-time editor of the official program Livija Kroflin about its glorious past and many other things.

Dear Livija, you have been connected to PIF for more than three decades. During that period, you changed functions, but your love for the festival remained permanent. What was PIF like when you arrived? Can you highlight its golden years?

PIF is often seen as a modest little festival that started from scratch and lived of the enthusiasm of its organizers, who didn't care so much about the puppetry as they did about Esperanto. Yes, it is true that PIF started from nothing, it is true that it lived for years of enthusiasm, it is true that it was organized by Esperantists, but it is also true that PIF was directed by the greatest puppet experts from the very beginning: Dr. Jan Malík was there since the first PIF, Milan Čečuk became actively involved immediately after the first PIF, Dr. Henryk Jurkowski became involved since the symposium at the 6th PIF, and later Edi Majaron, Borislav Mrkšić, Dalibor Foretić, Kosovka Kužat-Spaić, Zvonko Festini and others joined. From the very beginning, the organizers showed serious ambition and, in the words of the director at the time, Zlatko Tišljar, they had a vision that PIF “will eventually become one of the most renowned puppet festivals in the world”. At the very first festival, they included the international association UNIMA and organized a symposium! So, they were aware that there was an international puppetry association! Symposia have been organized for years. That is no longer the case today.

The PIF was getting bigger, stronger, more important. I arrived on its twentieth birthday; it was a young man in full force and still developing. The city of Zagreb considered it an important cultural event. It was never particularly rich, but we managed to get important theatres and the best shows. A record number of participants was registered at the 22nd and 30th PIF - twenty-five theatres participated in each. With various accompanying programs. The jubilee 30th PIF showed twenty-seven shows and lasted the longest of all PIFs in history: as many as nine days.

Over the years, PIF has hosted almost all the most important European theatres of the 20th and 21st century, with some guest appearances from other continents. The most important puppet artists were also presented: directors, animators, painters.

Can you point out some names that were at PIF, and whose sonority and size will resonate in the ear of every real puppeteer and theatregoer for a long time to come?

It’s always ungrateful, because who would remember everyone! But here it is. The participants were Wrocław Puppet Theatre, DRAK, Liberec Naive Theatre, Alfa, Buchty a Loutky, Icelandic Leikbrúðuland, Slovenian Horse Puppet Theatre, Figure Theatre, Jordi Bertran Company, Stuffed Puppet Theatre (with the genius Neville Tranter), State Academic Central Puppet Theatre “Sergei Obrazcov”, Vietnamese National Puppet Theatre (with its puppets on the water), and the soloists were Yves Joly, Albrecht Roser, Percy Press Junior, Henrik Kemény, Claudio Cinelli, Salvatore Gatto, Gaspare Nasuto, Mima and Bane Janković. We watched shows by really great puppet directors: Wiesław Heino, Josef Krofta, Slavčo Malenov, Oleg Zhiugzhda, Alexei Lelyavski, Atanas Ilkov, Nikolina Georgieva, Cristian Pepino, Maria Signorelli, Fabrizio Montecchi, Jože Pengov, Edi Majaron, and there were our local directors Davor Mladinov, Borislav Mrkšić, Kosovka Kužat-Spaić, Zvonko Festini, Luko Paljetak... The famous Adam Kilian, Petr Matásek, Ivan Conev, Jadwiga Mydlarska-Kowal, Eva Farkašová, Maja Petrova and our Berislav Deželić, Branko Stojaković, Zlatko Bourek showed their art of puppet creation and technology. When I was writing my Ph.D. thesis, I realized that the history of European puppetry can be read and learned through a PIF like from a textbook! I am sorry that this beautiful but fleeting art of ours cannot be preserved and shown to new generations to come, and they have not had the good fortune to see all these wonders.

What would you point out as important apart from the names?

I see my great success in the field of organization, not in the field of art. Namely, when I arrived, the PIF Council was composed according to the delegate principle. I advocated for experts to be in the Council, and not bureaucrats. That is what happened after the 25th PIF. I don’t really know how it worked, but it did. It didn’t take long. Yes, it lasted for years, but then human vanities and various calculations appeared again, so we came again to delegate various people to the PIF Council, people who have nothing to do with puppetry.

I am proud that we started the presentation of puppetry schools, so we presented the State High Puppet 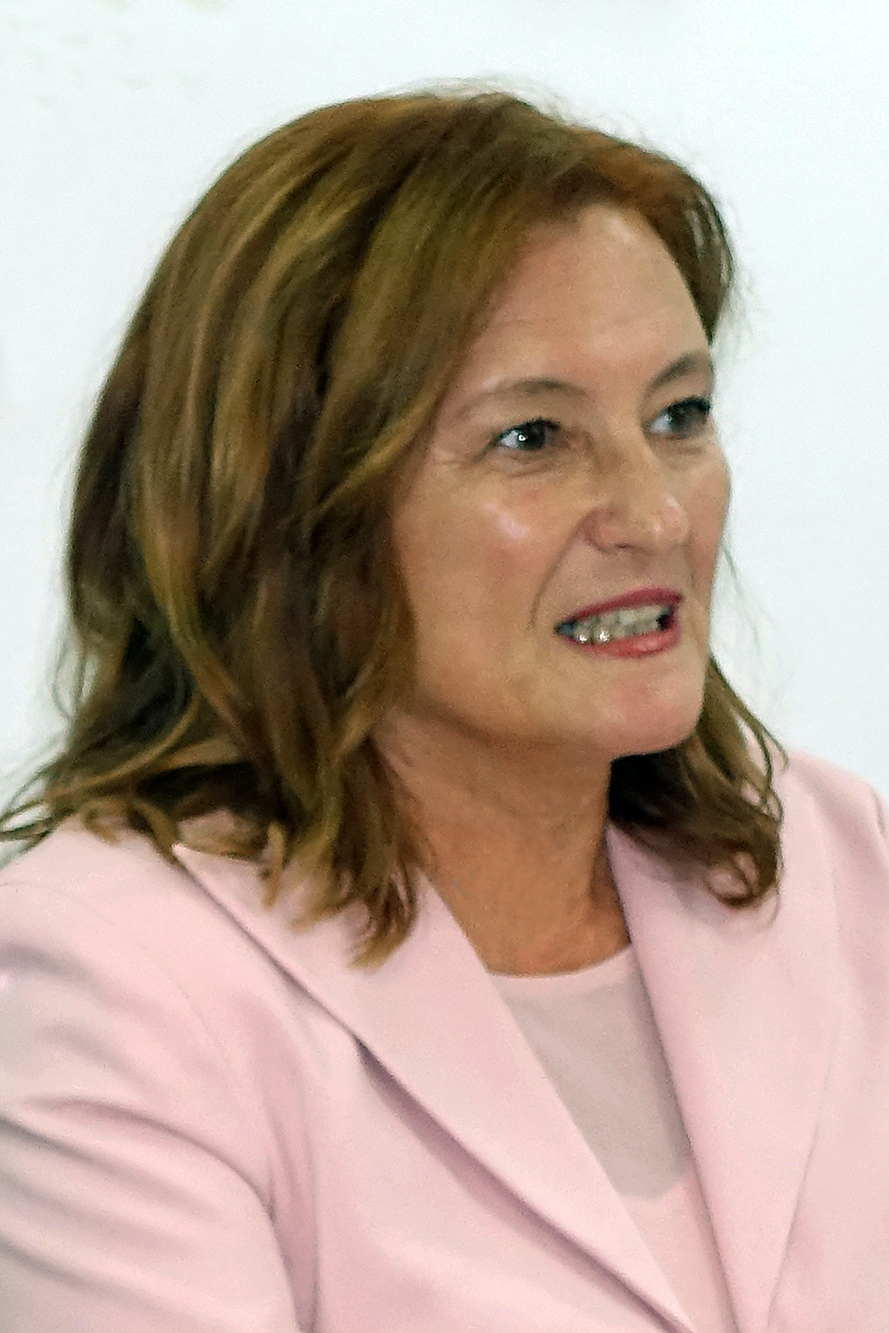 School (ESNAM) from Charleville-Mézières (after that presentation, at the time very young Morana Dolenc decided to study puppetry at that school), the School of Visual Theatre from Jerusalem, academies from Prague (DAMU), Sofia (NATFIZ), Warsaw (Department of Puppetry in Białystok), Kraków (Puppetry Department in Wrocław), Budapest, Minsk, Bratislava, and St. Petersburg. PIF is the main reason that today we have the first, and so far, the only graduated puppetry director in Croatia. Namely, when Zlatko Sviben, head of the Department of Theatre Arts at the Academy in Osijek, saw their presentation and met the dean, prof. Nikolai Naumov, he invited him to teach at the Academy in Osijek. There, Naumov noticed Tamara Kučinović, who obviously could not hide her talent for directing even as a student, and invited her to come to his class of students of puppetry directing after finishing her studies in acting and puppetry. The rest is history...

We were very proud when we were able to show our “darkhorse”: students of the first generation of acting and puppetry presented themselves with the puppetry program at the 38th PIF, and then again, more ambitiously, at the jubilee 40th PIF.

We also started a publishing business. Zlatko Tišljar, director at the time, was always a man of action and liked to introduce innovations and implement new ideas. He immediately offered to publish my master’s thesis as a book. Thus, Zagrebačka zemlja Lutkanija (The Zagreb Land of Lutkanija) was issued. After that, we launched a book series Lutkanija (Land of Lutkanija), then Velika Lutkanija (the Great Land of Lutkanija), in which we published Jurkowski, Mrkšić, Paljetak, and a series of books on making puppets and collections of puppet plays.

There’s something else I fondly remember from that time, which did not happen before or after: excursions for PIF participants. It is not an artistic category, but it is very important for the festival atmosphere. I was able to do that because I was also the director of the International Center at the time.

By the way, I came to PIF as a “worker”, as an organizer, but I was interested in puppetry, so I visited other puppetry festivals at my own expense (only later that changed). I would report whenever I saw an interesting show and my suggestions were appreciated. It was only after the 30th PIF, that is, after ten years, that I became the program editor or artistic director of the PIF. It didn't happen overnight.

After this immensely rich walk through the history of PIF, which was more than a set of shows, how would you define PIF and other festivals today?

I have no definition. Discussions are being held today about festivals, how much they have changed, and whether they make sense today at all. Vahid Duraković, for example, who led the festival in Bugojno for several years after the war, also wrote a scientific paper called “Festival - Commodity or Scientific-Aesthetic Laboratory” What used to be “scientific-aesthetic laboratories” are now becoming commodities, everything has to be wrapped in colorful paper in order to sell well and make money. Of course, you can't make money on PIF, so I wouldn’t go on about the painful topic.

But I still believe in festivals, they create a special kind of energy due to which you can do anything, at least while the festival lasts. A lot can be seen, a lot can be found out, a lot can be learned, and socializing with colleagues, like-minded people, is irreplaceable, as, after all, isolation due to the coronavirus has clearly shown us.

Your relationship and attitude towards puppetry developed in parallel with your relationship with PIF. How much have your views and thoughts been influenced by the thousands of shows you have watched, both live and through recordings, by selecting the program?

PIF was my biggest puppetry school. I have already said that I became acquainted with puppetry at Zagreb Puppet Theatre, which at the time was a good, serious, and well-thought-out theatre, but still, it was only one side of puppetry. PIF has opened up incredible horizons for me. In Zagreb alone, I have seen shows from 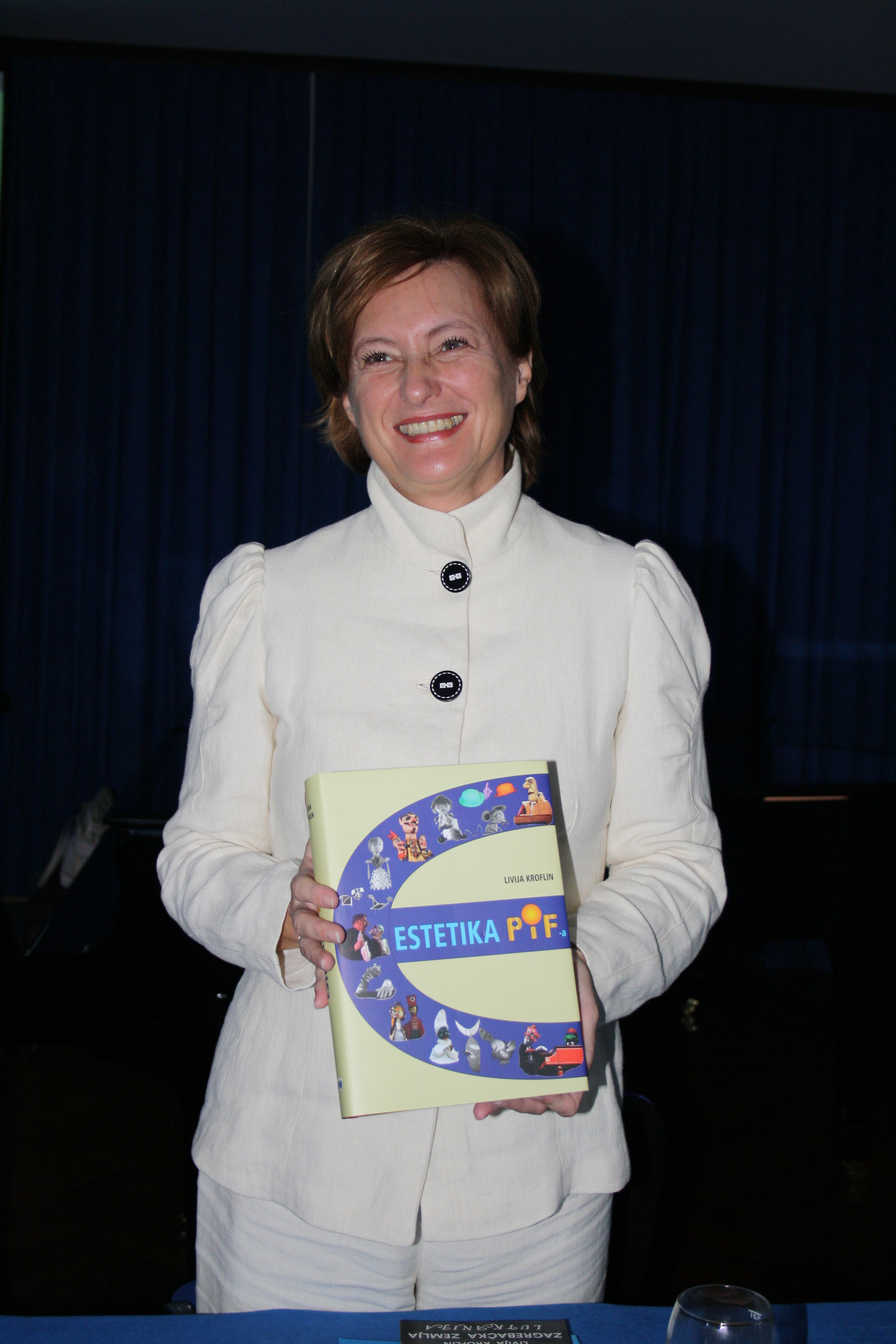 about fifty countries from literally all continents (except, of course, Antarctica, but I would not be surprised if there are some puppets among the penguins!). Thanks to PIF, and then UNIMA, I traveled to other countries, and there I saw even more different theatres at the festivals, and I watched a lot of recordings. I always remember Edi Majaron, who liked to emphasize: “PIF is a school for us puppeteers”. It is special that this was said by a man who already knew a great deal about puppetry, who himself traveled the world, watched, and read. (Those who didn’t know anything didn’t even realize that they could learn something at PIF.) For a long, long time, there was no puppetry study in the entire country, Yugoslavia, until it appeared in Osijek in 2004.

How would you, after watching thousands and thousands of shows, define your ideal puppetry expression? What should a show that most closely resembles your puppetry ideals have? Which play, puppeteer, or theatre came closest to that expression?

I will have to think about it in more detail to be ready for some future interviews. My answers are clumsy, that’s too big a topic. I just don't know the answer. Let me try. In a puppet show, the main thing must be a puppet, in fact, animation. The puppet can be any object, it can only be a sign, the puppet does not even have to be directly animated, it can be animated by the action and energy of the actors playing around it, the whole space can be animated, but the puppet must not be reduced to a prop, it must not be less valuable, it must not show its helplessness in front of an “almighty” actor. This is done by unskilled puppeteers who in fact are not puppeteers, who do not believe in the puppet, who neither know, love, study, or deal with the puppet.

Of course, like any show, it has to concern me, it has to primarily arouse my emotions. All of the aforementioned have (had) shows by Josef Krofta, Wiesław Heino, Neville Tranter... not to mention them again, and lately and, fortunately, plays by Tamara Kučinović, and it seems that some new puppet directors are insight. I cannot wait!