YESTERDAY (bright moments of our puppetry)

There have been amazing individuals in the history of puppetry in this country, extraordinary artists, and even though I cannot list them all here, out of respect we have for them and gratitude we should never forget them. It is the least we can do, both for the tradition as well as for our soul brothers.

From my point of view, since I am engaged both in the sphere of artistic creation as well as in education, I would still like to single out Družina mladih (the Youth Group), a group of excellent artists and humble intellectuals who truly recognized the significance of puppet and were willing to learn, in accordance with the famous line of Socrates: “I know that I know nothing.” I was fascinated by this phenomenon, this energy of the group as much as by the German Bauhaus school.

Leading and developing the Puppet Studio at the Zagreb Youth Theatre (ZKM) I tried to learn from this approach, especially since I also like to question everything.

On Puppet Studio at the Zagreb Youth Theatre

I opened the door to absolutely everyone. From the youngest ones, teenagers to grown-ups. They all had the opportunity to explore the puppet, long before puppetry training was introduced at the Academy of Arts and Culture in Osijek. For many years the Puppet Studio was the only place for systematic education, popularization and professionalization of this medium in our country. I have created performances with children, for children, with teenagers, adults and for adults, guest performances, all kinds of workshops, art-therapy, I did mentoring…

In order to raise the professional level, first of all of the ensemble Fasade, I have invited and hosted established foreign experts (Leszek Mądzik, Emilija Mačković, Sunny Suninsky), organized dance workshops (Milana Broš and others) and enabled young people to learn from the sources (the Prague Quadrennial). On top of this, we continuously read and meticulously analyze thematic texts and tirelessly watch plays. Even today, in these completely impossible conditions, Fasade have created a new project called Kosa soba (A Room at an Angle). Although I have always been the exclusive author of the performances, apart from the light design created by the magician Aleksandar Čavlek, such fine vibrations have developed within the ensemble so that everyone contributed perfectly to it with their role. Therefore, I am not surprised by the words of one of the most respectable puppet theatre stage directors of the older generation: “What I really envy you about is the faith your people have in what they do!” 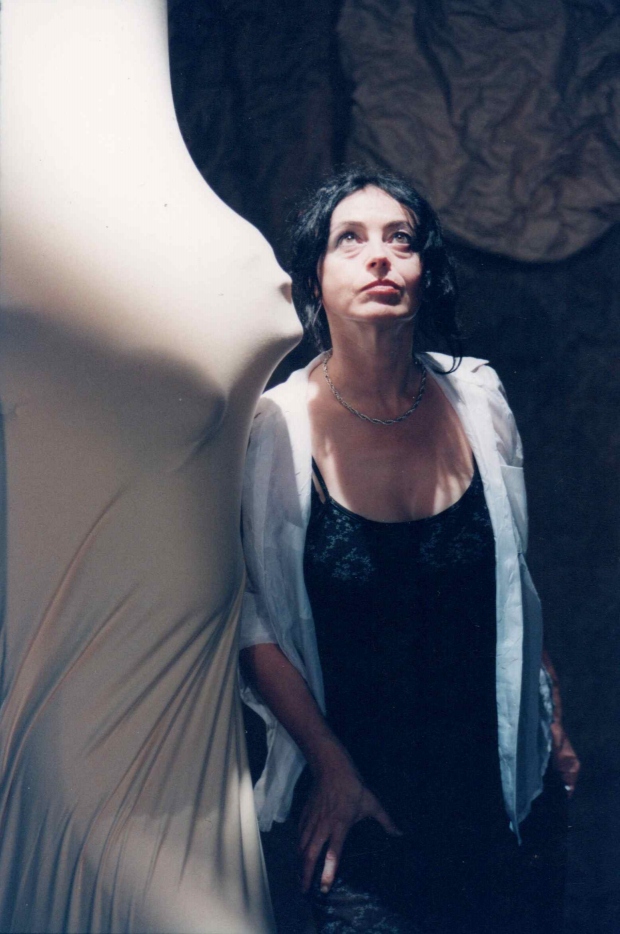 I have read in the interviews published on Kritikaz.com that many of our contemporary puppet artists, as they honestly admit, have no insight into what is happening outside our borders. It is such a pity that it is so because we are all participants in a spiritual community teeming with ideas that we then bring to life and recognize in ourselves as well. Anyhow, even despite many difficulties, one thing is sure, and that is that there are wonderful artists in our country, born puppeteers and enthusiasts, just like everywhere else in the world.

Without having to compare anything, I would like to say something about the general problems we have and which are a product of the system itself: the most suitable word for that would be “mastodon!” Outmoded, sclerotic theatre houses that block the development of new ideas and initiatives. True artists, whether they are inside these forts or in an erased space, must have superhuman strength and perseverance just to survive and preserve that which is most fragile and sacred and most valuable to them.

I speak from my own experience: after many years I was allowed to create a performance for adults about Tilli Durieux in a co-production with the Berlin Puppet Academy. She was a well-known German theatre actress who was sent to Zagreb in the whirlwind of the war and in order to keep any contact with the theatre, she became a puppeteer. I worked with an elite cast, with people who had remained full of life and curious despite the congestion of the space. The performance had a guest appearance in Berlin and Leverkusen, and then for reasons unknown to us was taken out of the repertory. This performance together with two others (directed by the famous Croatian visual and puppet artist Zlatko Bourek and one of the greatest Croatian puppet theatre experts Zvonko Festini) were supposed to open the evening scene. With a little effort it would have come to life, but why all the effort when we always have children as the audience even without trying, because children will always be born, right?

Then in another theatre in Zagreb I created a performance for teenagers, a puppet theatre show, on a burning ecological topic. The show was beautiful, honest and powerful, as the performers said themselves, but the theatre management said that teachers would not “buy” it, presumably because it was exclusive (I had already become used to being guilty of making art – oh, what a sin – ART in the theatre!), and here I am, asking myself who raises whom here and who sets the criteria? For that matter, why is there none artistic - pedagogic board that would evaluate projects before they are presented to children? (Or, is everything good for children?!)

Too often, directors who come to work in these theatrical mastodons are not interested in puppetry at all; and one of them, nomina sunt odiosa, said to the performers right at the first rehearsal that he would not bother them much because puppetry is not his expertise anyway. 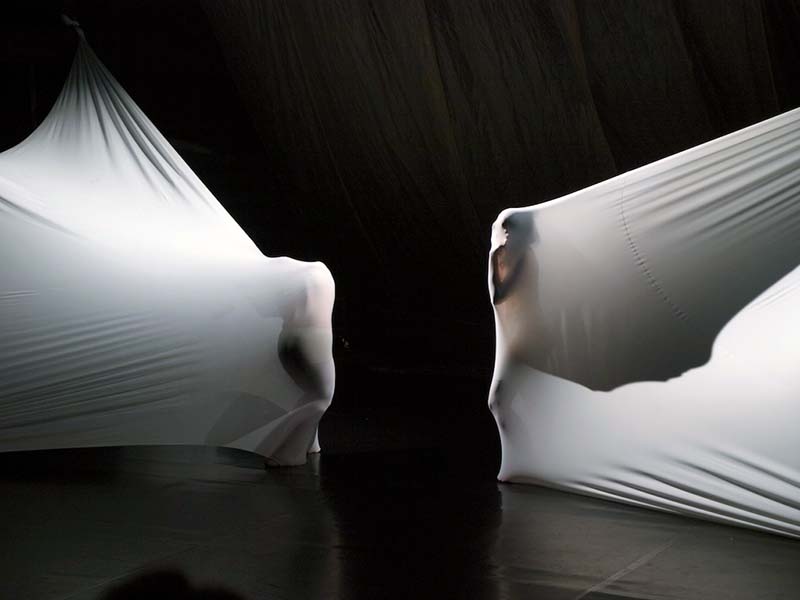 ...or maybe even: how to save puppetry
I always laugh heartily at remarks that we have to save puppetry from going extinct, that there are fewer and fewer puppets, that there are more and more living people on stage and similar nebulous ideas.
Sancta simplicitas!
We have to take care of ourselves, not puppets. They are our mirror that sometimes (maybe right now) with good reason appears blurred. Still being protean, it is indestructible.

A small digression: can you believe that a puppet show can be only a puppet illusion? Well, that is exactly what happens. Because there can be many things of secondary importance present: lovely music, figurines, costumes, light and voices, and so we do not notice that there is no – puppet! Sometimes we will not even find it in the expected place, in a puppet theatre, but it will appear somewhere else: in a dance, in circus or who knows where. We help it the most when we do not set limits for it, when we do not create theatre-museum, because we are too focused on the past anyway; further, it is important that we do not try to stop the unstoppable, on the contrary. To work freely, intelligently, intuitively, unpredictably, unexpectedly, uniquely and even to do something forbidden with faith that everything is possible – because puppet can be all of that!

And finally, my vision of the future: mammoths are extinct (puppet is not), individuals with original ideas are grouped in unconventional groups with synergy, “Eros”, imagination at work… puppet theatre stage directors Tamara Kučinović, Morana Dolenc, my child that took the hardest way and many others from Osijek (whom, unfortunately, I do not know), many of you unknown to me are emerging with new energy, creating living theatre that, of course, cannot exist without the puppet (but can exist without the dictate of required school reading books!) even if it was hidden at first sight… they talk about the destiny of the planet, about their emotions, about teenagers’ problems, about those who are in the third age… they approach even the youngest child responsibly and self-critically in order to give it back all that poetry that the civilization ruthlessly takes away from it… they open new worlds to vulnerable, socially-endangered groups… puppet pedagogue Natalie Murat Dean, the long arm of mine, still does her beautiful pedagogical work of introducing children to the puppet universe, thus creating miracles… ideas are exchanged, literature, one is up-to-date with everything that is done around the world, recorded performances of our important avant-garde collective Daska (Board) are watched, the marionettes in Ciulli’s cast of Hrvatski Faust (The Croatian Faust), the tradition is preserved, one does not destroy valuable puppets but establishes a puppet museum, Igor Tretinjak and some other intellectuals who truly care about puppets write great texts, encourage discussions, hold roundtable discussions after performances… conduct series of interviews with puppeteers because we have something to say to each other…
And do not tell me now that this is all impossible, because it is on the puppet to challenge the impossible!
Do not tell me that I am just dreaming. All of my performances have been born out of dreams!

About author: Kruna Tarle (Zagreb, 1948), a theatre, visual and multimedia artist. Education and artistic practice: philosophy, English language and literature, classic and contemporary dance, fine art. She has done many authorial projects (directing, dramaturgy, scenic design, costume design, choreography), international collaborations and appearances, educational and artistic workshops, multimedia projects. She has translated from the English and the German into the Croatian language the following books in the field of theatre studies: Dance as a Theatre Art, Object Theatre, The Impossible Theatre – On the Phenomenology of Puppet Theatre. She created and led the Puppet Studio of the Zagreb Puppet Theatre, Atelier of the Zagreb Puppet Theatre; she founded the ensemble Fasade and the humanitarian project Panaceja. She is a representative of the so-called image theatre, theatre of poetic images.